Most people understand blasphemy in terms of:
Not taking the Lord's name in vain.

In English - Blasphemy: the action or offence of speaking sacrilegiously about God or sacred things; profane talk.

The English definition speaks more about how people are offended than about how God might be offended.  The great concern is about how people use the name of God and thus Jews will write G-d instead of God or speak of HaShem - the name; without daring to pronounce the name denoted by YHWH.

In the Old Testament there are a few occasions where people insult God and the community stones them; in the case of Jezebel and Naboth; Jezebel employs scoundrels to accuse Naboth of cursing God's name and he is killed as a result.  In this case we see an abuse and misunderstanding of the law - Jezebel blasphemes the Lord all the time but gets away with it most of the time because she is royalty.

In the New Testament Blasphemy is more close to the idea of slander.

In Acts 6-7 Stephen is stoned after being accused of blasphemy:

9 Then some of those who belonged to the synagogue of the Freedmen (as it was called), Cyrenians, Alexandrians, and others of those from Cilicia and Asia, stood up and argued with Stephen. 10 But they could not withstand the wisdom and the Spirit with which he spoke. 11 Then they secretly instigated some men to say, “We have heard him speak blasphemous words against Moses and God.”

Stephen stood falsely accused because what he had to say to the religious leaders was true.  It challenged their assumption about what God was like.

Further along in Acts 13:45 when Paul preaches in Pisidian Antioch people contradict what Paul said:

Acts 13:45 -
45 But when the Jews saw the crowds, they were filled with jealousy; and blaspheming, they contradicted what was spoken by Paul.

In Romans 2:17-24 Paul writes to the Jews / Jewish Christians in Rome:

You that boast in the law, do you dishonor God by breaking the law? 24 For, as it is written, “The name of God is blasphemed among the Gentiles because of you.”

In these cases God's nature or message is misrepresented by those purported to be his messengers.  Paul who misrepresented the message of God by misunderstanding Jesus makes this beautiful statement in 1 Timothy 1:13-15 -

13 even though I was formerly a blasphemer, a persecutor, and a man of violence. But I received mercy because I had acted ignorantly in unbelief, 14 and the grace of our Lord overflowed for me with the faith and love that are in Christ Jesus. 15 The saying is sure and worthy of full acceptance, that Christ Jesus came into the world to save sinners—of whom I am the foremost.

James 2:6-7 also speaks of blasphemy as our mistreating fellow Christians:

The dictionary definition does not do justice to the Biblical example of the concept of blasphemy, so the question - are those pictures blasphemous?

I agree that those pictures are offensive.
But I wouldn't say that they are blasphemous.

I think a key part of the offensiveness of these pictures is in the way that they seem to mock / make light of the crucifixion.  This is deeply offensive.  But as I thought about it I realised that for Christians there is nothing more offensive or beautiful than the crucifixion.  As Paul said:

1 Corinthians 1:18 -
18 For the message about the cross is foolishness to those who are perishing, but to us who are being saved it is the power of God.

There is no way to make the idea of God in all of God's love crucified on the cross more offensive than what it is.  As the song says: "It was my sin that held him there..."  And as it goes on to say: "His death has paid my ransom."

Some people ask the question:
What if the prophet of Islam was depicted in this way?

And I think this opens up a very important point of difference between Islam and Christianity, and it points again to the "foolishness" of the message of the cross.

The cross is a stumbling block to faith for many - again and further on in 1 Corinthians:

22 For Jews demand signs and Greeks desire wisdom, 23 but we proclaim Christ crucified, a stumbling block to Jews and foolishness to Gentiles, 24 but to those who are the called, both Jews and Greeks, Christ the power of God and the wisdom of God. 25 For God’s foolishness is wiser than human wisdom, and God’s weakness is stronger than human strength.

The notion that God could be incarnated in the fragility of a baby born to a woman.  The scandal of a God who would love sinners like me.  A God who would receive the insults of the cross without calling down thunder and lightning...  Is too much for other faiths to bear.  And that is something we celebrate as Christians.  The cross is where we see all the glory of God especially in that God would stoop so low to reach us.

Love so amazing, so divine,
Demands my Soul, my Life, my All.

Popular posts from this blog 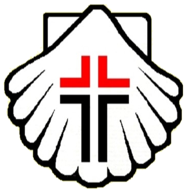 Our Easter Sunday Services are 630am and 930am Only. Here are the words for our 630am service so that you can follow on your cell phone or tablet.  We will also print some copies for the 'grown ups' :) Table View Methodist Easter Sunday Sunrise Service 2017-04-18 Sunrise Service Welcome Welcome to our celebration of the resurrection.  We welcome you in the name of Jesus which means that no matter who you are - or where you are in your faith and life journey you are welcome here; because Jesus welcomes you. The service will be conducted in English, isiXhosa and some other languages.  This is a sign of our unity under Christ being united in different languages is an act of worship in itself.  At some points in the service you might not understand the words, prayers or hymns - in those moments lift up your personal prayers to God.   At other points there is translation provided - sing along, hum along, use your imagination to help you enter into the worship.
Read more

Which Version of the Bible?

Olive Tree Bible Software People often ask me which version of the Bible I use.  My answer is that I use different versions for different purposes and I often use more than one at a time. I usually read my Bible on my iPad using my logos / faithlife library .  Faithlife is linked to our presentation software at church - so if a Bible verse appears on the slides - it could also appear on your phone :) I also use Olive Tree ; and I often use  https://www.biblegateway.com/ .  All of these programmes make it very easy for me to switch between versions and quickly search for scriptures using key words or phrases that I remember.  They also keep my place from one device to the next which is useful - I can do sermon prep at a moments notice and keep notes using Google Docs and Google Slides. For my own personal devotions and reading I prefer to use the New Revised Standard Version of the Bible: New Revised Standard Version (From Wikipedia 2019-06-03) LOGOS Bible Software
Read more